For a test in traffic, LED lines have been placed in the pavement at some crossings. The purpose of the LED lines is to warn road users. As with traffic lights, the colors red and green are used.

Redundant LED strip
An important requirement is the redundancy of the LED strip, which means that the light output must be high enough at all times to guarantee the visibility of the green/ red LED line. Also during the day, in sunny weather and fog. High efficiency LEDs are required for the redundancy of the LED lines. Luxalight has developed a special PCB for these LED lines with high efficiency bi color LEDs (green/ red). As soon as dusk falls, the intensity of the LED lighting decreases. The LED line dims with the help of a day / night switch.

Heavy duty taxable LED lines
Due to the intensity of use, the LED lines are in use 24 hours a day, the installation in pavement and the weather conditions, the LED lines must be suitable for heavy duty applications. By casting with a special casting resin, the IP values ​​and the Ik values ​​of the LED line fixtures increase, so that a heavy load can be expected.

Linked to a central traffic system
The LED installation is linked to the central traffic system. Manima Technologies has develops software/ interface (manima magnus) that is not only able to control the LED lines, but also guards against calamities such as failure and excessively high temperatures. After configuration with the Manima interface, the software can be combined with each other and there is the possibility to use other settings. By making simple adjustments or additions to the interface, it is suitable for full integration into any system. In this way, a completely customized system can be built up to suit customer-specific ideas. 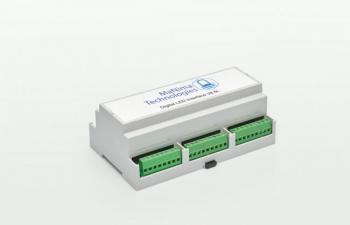